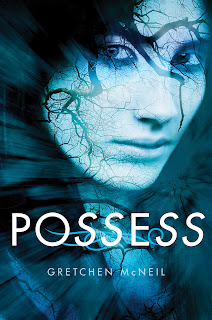 Summary:
Fifteen-year-old Bridget Liu just wants to be left alone: by her over-protective mom, by Matt Quinn, the cute son of a local police sergeant and by the eerie voices she can suddenly and inexplicably hear. Unfortunately for Bridget, the voices are demons—and Bridget possesses the rare ability to banish them back to whatever hell they came from. Literally.

Terrified to tell her friends or family about this new power, Bridget confides in San Francisco’s senior exorcist, Monsignor Renault. The monsignor enlists her help in increasingly dangerous cases of demonic possession, but just as she is starting to come to terms with her freakish new role, Bridget receives a startling message from one of the demons. And when one of her oldest friends is killed, Bridget realizes she’s in deeper than she ever thought possible. Now she must unlock the secret to the demons’ plan before someone else close to her winds up dead—or worse, the human vessel for a demon king.
Review:
WOW! Where to even start with this book! I only bought this book because I have been seeing it all over the blogosphere and I thought the cover was AMAZING.

That being said, going into this, I had no idea what it was even about.

AND O-M-G I was BLOWN away! This book is
not my normal cup of tea. I don’t normally do thriller/suspence novels, but since it had the paranormal element I love, I thought it would be ok. This was as action packed and suspenseful as you can get! There was even romance- an All-around perfect book.

Plot: This story starts off right away with the main character- Bridget, coming to terms with the fact that she can speak to and banish demons. She gets trained by the monsignor at her local church and school (she goes to a Catholic school). As I said before, SO not my normal cup of tea. I don’t normally like books about a specific religion-especially Catholicism because I am catholic and usually things are very negative. This wasn’t so much negative though and since I was raised catholic, I had a lot of back knowledge that goes with it. You quickly learn that Bridgets father was murdered and the murderer is locked in an insane asylum now. You follow her journey as she realizes really WHO and WHAT she is, who the real murderer is, and how she is the only one capable of stopping the bad guys. There were no slow parts, and the plot was perfectly executed!

Characters: Every character had depth. Though I would have loved more romance between Bridget and her love interest by the end of the story (no spoilers so I wont be naming his name) you don’t know who the bad guy is until the end, but when you discover it, it makes perfect sense. Every character was perfect, even the supporting characters like Hecter and Peter!

Action/Suspense: Holy crap guys! This was load packed with action and suspense! As soon as I started the book, I couldn’t put it down. And I may even have nightmares now (haha-remember I was raised catholic so thoughts of crazy evil devil/demons FREAK me out!!!!)

Overall- this was perfectly executed nice change of scenery for me! I would highly recommend to ANYONE and EVERYONE who had any interest in paranormal, romance, suspence, thriller, OR any combination of the above!