Update on MY BOOKS! Time to Self-Pub!

October 16, 2012
So, I haven’t actually given an update on my books in over a month. Yes, I have mentioned little things here and there, but not an actual update. And I think it’s important, because this weekend I went to Veronica Roth’s blog and read back BEFORE she even had an agent to follow her journey and see how she did it. And it was exciting and great to read.
And maybe, years from now, I will have an agent, with a publisher and several books published and people will want to know how I did it.
So... here it goes.
As I mentioned a few weeks ago, I updated my Query and tried Querying Agents again… and since then, I have received only rejections. And I’m pretty tired of it.  I also noticed one of my FAV indie authors (Samantha Young) now has an agent and is traditional publishing her adult novel, On Dublin Street. And it made me feel even more certain of my descision to self publish. 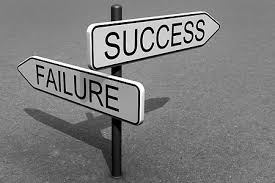 I know I have talked time and again about Self publishing vs Traditional Publishing...but I’m tired of just waiting, when I know how to self publish… SO, that’s what I’m going to do.

Yesterday I took the day off work and spent the entire day writing. Why? Because it is hard to be a mom and a wife, a daughter, an employee, a SOMETHING for everyone, but nothing just for me. And I needed a day off.
So I took it and I wrote 9000 words in HOPE, book 2 in the Descendent Trilogy.
9000 words in ONE DAY!!! J
This was, by far, the most I had ever written in one day!
Now HOPE is at 48,000 words.
Also, I added 1000 extra words to POWER, book 1, just adding a few things here and there that I thought should be in it.
POWER is now at 78,000 words and is complete.
So… that’s the word count and stuff…

On Sunday we are having a photo shoot with the model for my book cover. Im super excited about this, because this is the only thing I need in order to self publish.

Everything else is done.

SO- were going to take some pictures, and then my husband (a graphic designer) is going to edit the picture to make it a book cover.
And then that’s it.
Its coming SUPER soon!!!
Im going to add some Quotes from POWER and HOPE below!

Here is the first line:
“That was the day my life changed, the day I saw him die right before my eyes and I was powerless to stop it. It was the day that monster came into my life to attack me and my family. I just didn't know it at first.”

And more…
"Have you ever heard of the apocalypse?”
"I was terrified, no matter the amount of training I had, it never could have prepared me for this. I wasn’t prepared to deal with the risk of losing either of the people standing next to me.”
"Together we felt unstoppable, unbeatable… immortal!”
"I would not bow before the devil. I would now cower and crawl.”

Here is the first line:
"Responsibilities. That’s what I thought of when I looked at her now. Not my own responsibilities, but those she would inherit from me, through our blood.”

“I knew the evil that lived within Damien. I felt it on my tongue sizzling like bacon. So delicious.”
“Aphrodite had nothing on me."
“I too could hear and feel my heart beating. It was going crazy. Fluttering wildly out of control like a drunken hummingbird, happy and careless and free.”

So there you have it. If you would like to be given an ARC of POWER when it is released, let me know. I’ll probably be hosting a book tour too. More info to come. 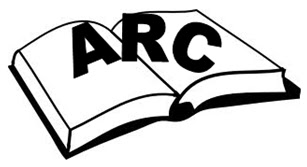