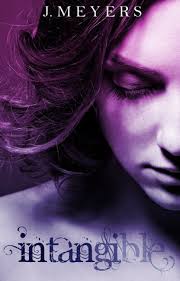 Summary:
Twins Sera and Luke Raine have a well-kept secret—she heals with a touch of her hand, he sees the future. All their lives they’ve helped those in need on the sly. They’ve always thought of their abilities as being a gift.

Then Luke has a vision that Sera is killed. That gift they’ve always cherished begins to feel an awful lot like a curse. Because the thing about Luke’s ability? He’s always right. And he can’t do anything about it.

Find it on Amazon or Goodreads

Find J. Meyers at Twitter, Facebook, or Her Website.
Review:
So, I have been seeing this book all over the blogosphere lately, and was lucky enough to be offered a free copy for review from the author.
This story is so much!! Its about twins, Luke and Sera, who are the prophesied gifted twins that will either save The Realm or destroy it. Only, they don’t know anything about it.
You see, Luke can see the future, while Sera can heal people, but they just keep it to themselves. And then, all of a sudden, after 17 years of being hidden by the best friend/guardian Fey (yeah, ironic name since she is an Elf) all hell breaks loose and they are found and hunted down.
See, there is this Big Bad “Mother of the Damned” vampire, Lillith (so- officially I have to change the chicks name in my book, because every bad guy chick is Lillith now) and she is afraid of the Twins and sets out to capture and destroy them!!
That’s basically the story.
Now for the details.
1.       The characters ROCK! The relationship between Sera and Luke felt truly real!! I loved BOTH of their characters! I loved Jonas… and kinda am hoping he and Sera have a thing. Which… sure that would be kinda Twilightish and kinda creepy, but I HEART Jonas!!!

As for Marc- I never liked him, not from the beginning and I never ended up liking him even to the end. He was selfish and dumb and not a good guy. Like, I get it… he has killer migraines and is being stalked by some big bad evil Shadow creatures… But I like the heros, and he isn’t one. That being said, I did feel sorry for him.
2.       The plot and pacing were great! From the first scene, where I got a glimpse of Luke seeing in a vision his own sisters death, to the very last scene, I was so emotionally invested in this book, needing to know what happened next!
3.       There is everything in this book. There are vampires (like my FAV- Jonas), elves (like their best friend, Fey…) Gifteds (like Luke, Sera, Marc and more) and references made about faeries and goblins.
4.       I loved the humor that was added in. The way Luke And Sera often banter back and forth, sometimes just with eachother and sometimes the two of them against someone else, like their mother, was GREAT!!! It was so funny!
5.       I loved the multiple POVs!!! Im a HUGE fan of this!!
Overall, This was a great, fast, exciting read. I would recommend to anyone who enjoys YA paranormal/fantasy!
Rating: 4 stars.
4 stars reviews