Every time twelve year old Aislin sleeps, she experiences another person’s DREAMS, their hopes or despairs, loves or hates, most fervent dreams, or darkest nightmares. She is weird, a word she hates more than anything else. Though, when her younger brother, Luke, the only person in the world who treats her normal, gets into a car accident, her only hope of saving him is her ability to communicate with him while he dreams.
It isn’t until she dreams with Jessica, another coma patient and her best friend’s little sister, that she discovers her chance to save him. After Aislin guides Jessica back to the waking world, she opens her eyes to find her plan gone horribly awry, and Jessica dead.
Devastated, Aislin must find a way to stop dreaming altogether or somehow perfect it, before she kills her brother, too.

While funny and charming, this book deals with some serious issues, and provides much for parents and children to discuss. 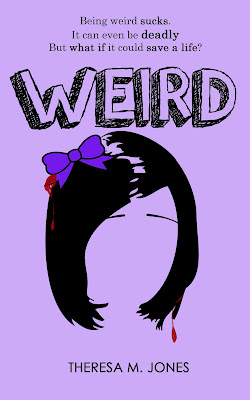