This is the first draft of Enthralling Retribution (Empyrean Chronicles 3)
So... YAY!!!

It's strange though, because while I was writing this book, I totally thought it would end up being the longest book I'd written.
And, while it's not the shortest Ive written, it is the shortest of the empyrean Chronicles so far.

Unlike other authors, who write a lot, and then trim the fat.
I write in only the skeleton first, and then add the meat.

Anyhow.
There you have it.

I've got it up for preorder now on Amazon.
Ill revise and edit it probably 3 times, then to the betas, then editing. 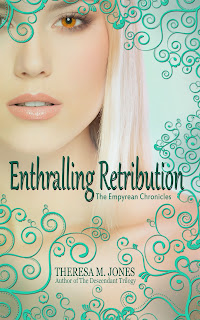 Then YOU get to read it.

See you next year my favorite NaNoWriMos!!!!!