August 13, 2015
In case you missed it, Enchanted Revenge (Empyrean Chronicles 1) is now up for PreOrder on Amazon.
(Dont forget, you dont have to own a kindle to read an ebook from Amazon. Most tablets and phones have Kindle apps, and of course you can read it right on a computer)

Publication date is only a couple weeks away.
September 1, 2015.

You can add it to your Goodreads HERE
View it on Amazon, HERE


ENCHANTED REVENGE
When seventeen year old Lily finds her parents brutally murdered, leaving her broken and alone, she is determined to bring justice to the fairies responsible.

Her quest leads her to infiltrate The Empyrean, the land of the Fae where terrifying creatures lurk in every shadow. But with a political rebellion mounting, bloody battles and foreign enemies stand in her way. Alec, a mysterious fairy keeping his own secrets, gradually becomes her guide and dear friend in the unfamiliar world, and restores her faith in love.


Disturbing secrets about her parent’s true identity are revealed, causing her to be more involved with the devastating fairy war than she can afford.  Her vengeful mission becomes compromised and her growing romance with Alec wavers.

She must conquer her fear of the unknown, ignore her grief, and overcome her growing list of enemies if she is to succeed in avenging her parents’ death. Or ever make it out alive.


This is a full length novel, and is the first in the four-book Empyrean Chronicles. It is a YOUNG ADULT urban fantasy, and has some mild sensuality and language.


ALSO- Enticing Violence (Empyrean Chronicles 2) is now up on Goodreads, and will be available for preorder on Amazon very soon.
Publication date: December 1, 2015. 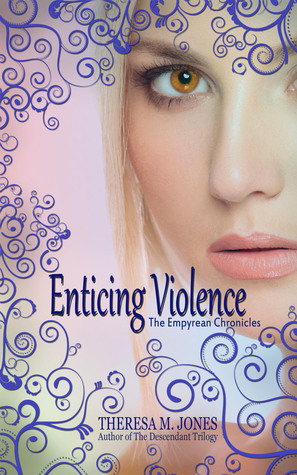 ENTICING VIOLENCE:
Lily and Alec are only pawns in a war much larger than they'd imagined.

Lily still wants to complete her mission: Avenge her parents. But when Lynn- the leader of the Rebels in Muircadia- is captured, and Rita- daughter to the evil Lord Nettles- is sentenced to death, it's up to Lily, Alec, and the very select few Fae they trust, to try to save them all before it's too late.

When all you do is fight for your life, how do you find time to live?
How do you love when hope is always slipping away?


Enticing Violence is the second book in The Empyrean Chronicles.

AND, as of today, I have started writing Enthralling Retribution (Empyrean Chronicles 3)

Im hoping for a February or March 2016 publication date!!


ALSO-
Weird, a Middle Grade magical realism novel is on Goodreads, and is available for preorder on Amazon !!
RELEASE September 7 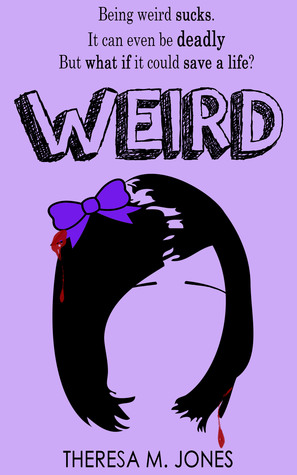 Every time twelve year old Aislin sleeps, she experiences another person’s DREAMS, their hopes or despairs, loves or hates, most fervent dreams, or darkest nightmares. She is weird, a word she hates more than anything else. Though, when her little brother, Luke, the only person in the world who treats her normal, gets into a car accident, her only hope of saving him is her ability to communicate with him while he dreams.

It isn’t until she dreams with Jessica, another coma patient and her best friend’s little sister, that she discovers her chance to save him. After Aislin guides Jessica back to the waking world, she opens her eyes to find her plan gone horribly awry, and Jessica dead.

Devastated, Aislin must find a way to stop dreaming altogether or somehow perfect it, before she kills her brother, too.

While funny and charming, this Middle Grade Novel deals with some serious issues, and provides much for parents and children to discuss.

PS- I am totally in love with these covers!!!! :)
Ill post an excerpt from Enchanted Revenge sometime soon!