COVER REVEAL for MY BOOK!! 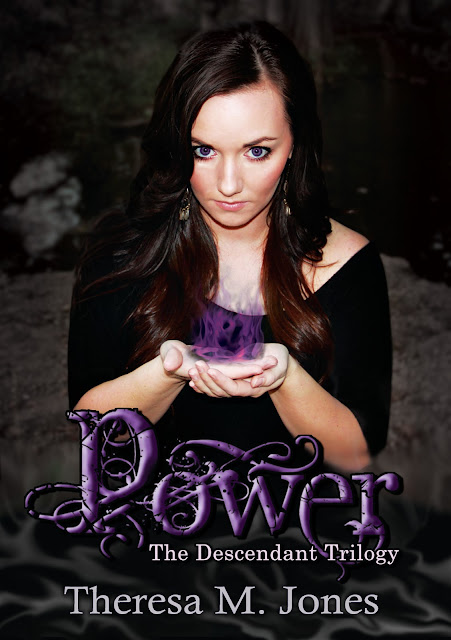 But that isn’t all. Damien wants to open the Seven Seals and bring about the apocalypse and it’s up to Allison to not only save herself and her family, but save the world, all while trying to keep her heart from breaking.
No problem… right?


So... there it is!
The book is already up on my Author page on goodreads! Go be my fan! :)
And add POWER to your TBR list on Goodreads!!

I have about 11 bloggers already signed up to participate in my book tour! If you want to be a part of it, its the last 3 weeks of February, so email me at theresamcrocker@gmail.com!!!

And, add my Button!

Email ThisBlogThis!Share to TwitterShare to FacebookShare to Pinterest
Labels: Covers, getting published, My books, Self publishing, Teasers, The Descendant Trilogy